Is Your Team Pulling in the Same Direction?

Jack was in the process of preparing his Calgary business for sale. 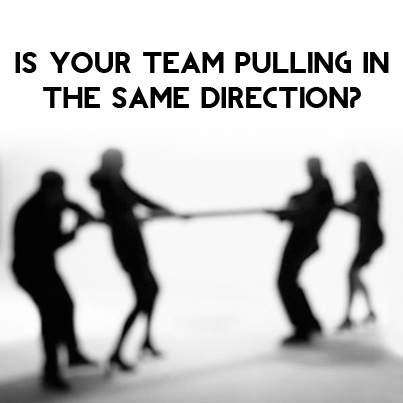 His management team said that because of Jack’s advancing age, they were on board with his goal of selling. They all agreed that it would be best for the business if he found a new owner. At least that’s what they said.

Unfortunately, the truth came out right in the middle of negotiations.

Out of the blue, Jack got an offer from the owner of a competitor. The prospective buyer’s due diligence process included interviewing managers to understand the state of the business and their perspective on the sale.

The sales manager took this opportunity to negotiate his own position. He painted a picture of a company dependent upon him and his unique skills for its success. Without him, the company would fail and he would expect a 20% raise in pay if they wanted him to stay.

The owner of the purchasing company met with Jack, explained what happened and withdrew his interest in pursuing the deal. The sales manager was a wild card they didn’t want to inherit.

What went wrong? How did Jack get caught unaware? What could he have done differently?

He should have seen it coming. If he was honest with himself, the sales manager’s actions were not out of character. He had frequently pressured Jack for more money, made not-so-subtle threats about leaving and had created a department that was dependent upon him. His past behaviors had shown a pattern of self-interest with little regard for Jack or the business. He was out for as much as he could get, even if it was bad for the company.

Jack had offered all the management team a bonus based upon the successful sale of the company, hoping to encourage a win-win situation. But he hadn’t met with each individual to explore their positions on working for a new owner. He should have had more discussions with those who would be most directly affected.

When the buyer indicated he wanted to meet with the managers, Jack should have prepared those managers by predicting the questions that would be asked, discussing them individually and reviewing their responses. He would have known whether his team was aligned with his goal of selling the business.

Key employees in any organization should be all heading in the same direction, not pulling away from the team. It is true that everyone needs to be unified, especially at critical points in the life of a business.