A Little Dignity and Respect Can Go A Long Way

To succeed in sales we need to treat everyone we meet with dignity and respect. 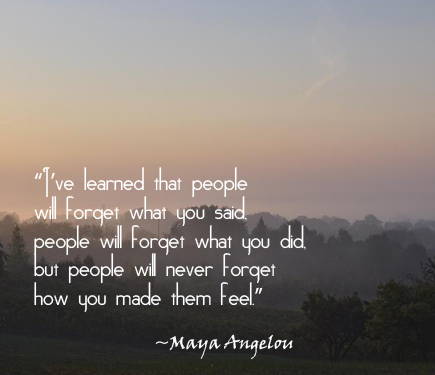 Why? Because it’s basic to good human relations, and some maintain, an essential part of human rights. That’s the moral stance. From a practical perspective, it also helps you to succeed in business.

In sales training programs that I have conducted, I’ve often been asked, “How do you deal with obnoxious or rude people?” My answer is academic because I almost never have that experience. I cannot remember the last time I was treated badly by a client or a prospect. Unfortunately, I can’t say the same about all the ‘customer service’ people or salespeople who have tried to sell me something. But that’s a different article.

I think the reason people generally treat me with dignity and respect is that’s how I treat them right from the beginning; and, I expect the same from them in return. People tend to reflect back the behavior we first exhibit ourselves.

One experience really drove this message home. It happened nearly 30 years ago in one of my first sales programs. We brought together salespeople from different companies and facilitated their learning over a ten-week course.

One of the participants was a bit odd. He was old enough to be a father to most of us. He appeared to be – even then – a bit out of touch with the times. He had white hair and wore a blue blazer, which was fine; but, he also wore a white belt, and white shoes. On his shoulders he carried enough dandruff for a ski slope. Unfortunately, his worst attribute was that he had an unpleasant smell. Really bad. He sat at the other end of a 12-foot boardroom table and I could still smell him. I felt sorry for those who had to sit close to him. It was very awkward.

It would have been easy to assume he was a crank; but, to the group’s credit, no one treated him disrespectfully. We learned he had good ideas to contribute and experiences to share. Because of our respectful approach (and of course, the excellent quality facilitation) he referred me to my largest account at that time. It turned out to be one of the easiest sales I’ve ever made.