The Perils of Willful Blindness

Many prominent scientists predict that within the next few decades, melting ice caps will raise sea levels, wiping out many low-lying regions around the world including parts of Vancouver, Halifax and Miami. This isn’t a guess, but the results of extensive scientific research. Miami will be under water. 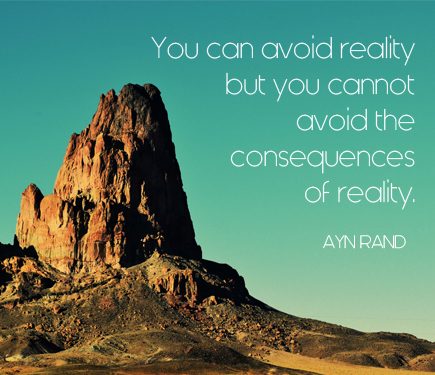 Despite that, Miami is still building and selling condos on the sandy shoreline.

Developers, politicians, banks and prospective buyers are choosing not to accept reality. Margaret Heffernan author of  Willful Blindness explains this phenomenon well. Despite facts, statistics, and indisputable science, most people will close their eyes to avoid the need for change. We are all subject to the same malady.

You would think that smart people would accept reality and take the obvious steps necessary to avoid the serious consequences of inaction. Does that mean that only the unintelligent among us are vulnerable to avoiding reality? Unfortunately not. Any time an external need for change conflicts with our internal needs and motivations, we can become blind to the evidence in front of us – especially if the consequences are a few years in the future.

Now think about how fast time is passing. It’s been seven years since the economic meltdown, five and a half years since the earthquake in Haiti. In the past five years you’ve likely hired new employees, lost others, changed suppliers, gained new markets; a lot has happened! And you know the next five years will go even faster.

But I’ll bet you still don’t have a detailed, documented plan for transitioning your business. Working on your transition plan is likely the most profitable activity you can do, generating potentially thousands of dollars for each hour invested. There is no down side to accepting reality and preparing yourself and your business for transition.

So deal with reality. Plan your business transition, starting immediately. Take your time. Get help. Get ready. There’s a big upside to starting now.