A Unified Cause Brings Salespeople Together

The difference between an ordinary iron bar and a magnet is how the molecules work together. In the bar, they are scattered randomly, while the magnet’s molecules are aligned. An iron bar is inert, while the alignment in the magnet creates power.

A sales team with a unified cause generates power that is missing in a team that has a haphazard approach. The ‘cause’ could be altruistic, financial or fun. 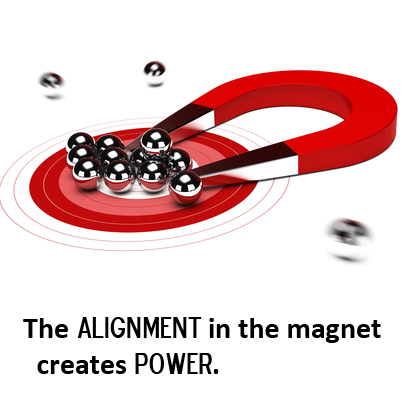 Perhaps your company has social conscience as one of its values. The sales team could pick a specific project that resonates with them and rallies them to put in extra effort in order to reach a goal. If someone close to the company has had a run-in with a difficult disease such as breast or liver cancer, stroke or mental illness, your team might arrange a fundraising project. The company might pay a percentage of sales that exceeds the target, toward that charity or matches whatever the employees have raised on their own. Handing a big cheque to a favoured charity can produce personal satisfaction in employees, loyalty to the company, and the bonus of additional commissions.

Many big companies with large sales forces use a unifying goal to drive sales. They might set specific targets and reward those who exceed them with all expenses paid trips to the company conference in an exotic location. If this is an annual event, making it to the first conference will often mean that salespeople put in extra effort to ensure they get there each year. “Qualify for conference” can become a rallying cry that drives a sales team to work a little harder, longer or smarter in order meet the target.

I’ve often seen smaller companies develop strong alignment by making the end goal fun. A 90-day sprint pushing for extra sales could reap a reward that includes families; perhaps, a weekend away, time to work together on a Habitat for Humanity build; or a weeklong RV rental to go on a camping trip together.

The possibilities are endless. Based on the values of the company, the make-up of the team, and an understanding of what motivates individuals, a sales manager can develop a plan that includes something that the sales force can get behind, a unifying cause. They’ll drive more sales and have fun in the process.