A chain is only as strong as its weakest link. This old adage holds true for teams and organizations. 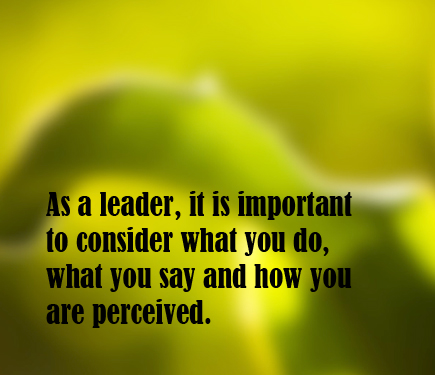 Consider the story of Perce Blackborow, a stowaway on Sir Ernest Shackleton’s ill-fated expedition that was stranded for two years in the Antarctic. The stowaway had much against him. Eighteen years old, he was inexperienced, definitely the weakest link. Ultimately, he became a productive member of the crew and survived the ordeal. During their first encounter, an annoyed Shackleton said to the young Welshman, “Do you know that on these expeditions we often get very hungry, and if there is a stowaway available he is the first to be eaten?”

Blackborow replied, “They’d get a lot more meat off you, sir.”

Shackleton reputedly hid a grin and instructed one of the crew to “Introduce him to the cook first.”

Blackborow might have held the crew back, but he had fortitude and desire, and under Shackleton’s strong, supportive leadership he rose to the challenge. The boy who was the weakest link became an inspiration for others. If he could survive so could others.

People are your strongest link in the profit chain; a mediocre company can create strong profit with strong people.

Consider how Shackleton demonstrated leadership traits that contributed to building his team:

Threatening to eat the stowaway first was, of course, a joke; but, the interaction served to spell out that Blackborow needed to follow directions or there would be consequences.

Accepting mistakes and looking for solutions

Shackleton accepted the mistake of having a stowaway and chose to deal with the situation in a positive manner.

He demonstrated willingness to accept that not everyone comes with equal skills. Taking time to focus on and develop people makes the difference. Eventually Blackborow became a valued steward.

He walked the talk

His policy was no stowaways and he was extremely upset, initially, that it had been breached. Once it happened, he had to deal with it and so he chose Coaching for Success versus Policing for Failure.

Shackleton was a firm and focused leader who showed empathy and caring to his crew. His caring included accountability; he expected people to take responsibility for their actions.

Dealing with performance issues in a timely manner

Shackleton addressed the issue as soon as it surfaced. The best time to deal with issues is as soon as possible after they happen.

People are the strongest link in your profit chain. Focus on people and profit will follow.

One thought on “Make People your Strongest Link”